Diversity Dinners was a very successful project delivered by B-inspired and The Residents’ Network.  It was funded by Near Neighbours (The Church Urban Fund) and Power to Change.  The project aims were to celebrate and bring together people from different cultures and religions.

B-inspired held 8 free ‘learn to cook’ workshops for local residents.  The workshops were led by 8 different community chefs, sharing traditional dishes and recipes from their culture or family favourites.  Over the workshops Braunstone residents were brought together by their love of food, cooking dishes from the following locations: Pakistan, Morocco, Portugal, Nigeria, Greece, Gambia, Lativa, England and Free From…. In total we had 39 members of the community participate in our workshops. 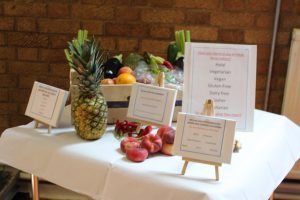 The project was simple but made a real impact in the community.  BBC radio Leicester did a fantastic radio edit on the benefits of the project which, really showed how multiculturalism is embraced so positively in Leicester.

As the project came to an end we held a celebration event.  This was to showcase all of the cooking from the workshops of the project.  The idea of the event was to allow people to taste food from around the world and to engage them in conversations about different cultures.

63 people attend the event to try food from around the world.   From the feedback gained, the two favourite dishes of the day were Portugese Jardine and Chicken Biryani.  Everyone really enjoyed the different cultural music, flags and finding out more information about Braunstone and the world in general. 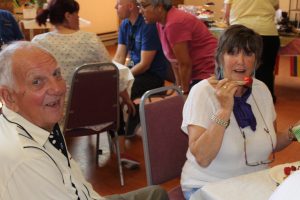 To discover all of our workshop recipes CLICK HERE!!!